An openly gay Olympian, Greg Louganis, confirmed to be the guest of honor for South Asia’s First LGBTI Sports Festival.

In what is a ‘first’ for South Asia, Nepal will be hosting a LGBTI sports festival at the Dasharath Rangashala stadium and the National Theater Hall in Kathmandu from October 12 to 14 this year. This unique sporting and social awareness event is modeled on the global Gay Games which are organized by lesbian, gay, bisexual, and transgender (LGBT) promoters for athletes from the same community to promote inclusion and encourage the pursuit of personal growth. 30 years later, Blue Diamond Society (BDS), which is the country’s largest human rights organization that works to empower the marginalized LGBT community has taken the initiative to bring a version of these unique games to Nepal.

The gay sports festival has confirmed participation from over 200 Nepali amateur athletes from the LGBTI community and at least 150 foreign athletes over 17 countries. Participants will compete in more than ten groups and individual events such as karate, track running, 5KM fun marathon, football, volleyball, Swimming and long jump.

According to information from US Embassy in Kathmandu, we are delighted to announce that Greg Louganis, a DIVER from the United States who won two gold medals in diving in the 1984 and 1988 Olympics will be participating in the festival as a guest of honor. According to sources at the American Embassy, Louganis has expressed his great happiness at being invited to participate in the event and to be able to contribute to the noble cause of empowering sexual and gender minorities in Nepal. Greg Louganis is openly gay. After he tested positive for HIV in 1988, he recounted his story in a best-selling autobiography Breaking the Surface co-written with Eric Marcus. The book spent five weeks at number one on the New York Times Best Seller list. In a 1995 interview with Oprah Winfrey, Louganis spoke publicly for the first time about being gay and HIV-positive. His story was recounted in the 1996 Showtime movie Breaking the Surface: The Greg Louganis Story with Mario Lopez playing the lead and Louganis narrating.

He also produced a video diary called Looking To the Light, which picked up where Breaking the Surface left off. In the years since his diagnosis was made public Louganis has been an outspoken HIV awareness
advocate. He has worked frequently with the Human Rights Campaign to defend the civil liberties of the LGBT community and people diagnosed with HIV/AIDS.

We also have many outstanding South Asian and international LGBTI activists and LGBTI athletes and artists including Mr. Peter Tatchell, a prominent Human Rights Activists from UK, have confirmed their participation as special guests and to participate one of the events.

We are talking to Nepal government’s very high level officials to join the opening and honor the LGBTI sport festival. The online registration for foreign participants will be uploaded shortly.

LGBTI and Straight Friends and Allies are welcome to participate the sport festival. There will be a parallel human rights seminar and LGBTI film festival too.

Marriage has generally been defined by organised religions and by states as the union between two adults of the opposite sex.  Its primary purpose has historically been to facilitate procreation. Traditional marriage has not always been rosy or consensual—many a woman or man has been forced into marriage with a stranger or against their wishes.

Likewise, other forms of marriage have also been historically practiced and continue to be so.  These include polyandry in Tibet or polygamy in many cultures.  However, the increasing trend of countries legalising marriage between consenting same sex adults is new and deserves a careful examination of its merits in the face of unprecedented opposition from certain quarters.

Since 2001, 11 countries on four continents have legalised full-fledged gay marriage.  Another 21 countries have legalised civil unions that grant all the rights of marriage without calling it by that name.  Nepal presents a mixed bag as a historic Supreme Court verdict in December 2007 ordered the government to study the possibility of legalising marriage.  Despite the major political parties in the country supporting gay marriage in their official platforms, gay marriage is yet to be legalised. 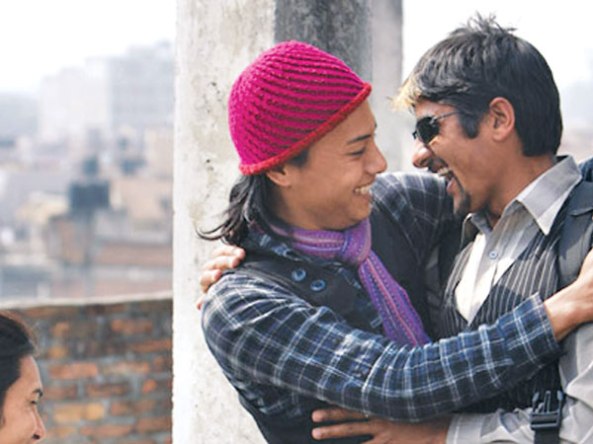 So what exactly is gay marriage?  It is the union between two adults of the same sex that is recognised by law and by society.  Studies have demonstrated that up to 10 percent of the population is lesbian, gay, bisexual, or transgender (LGBT).  These sexual and gender minority individuals are genetically hardwired to be attracted sexually and emotionally to people of their own sex and no amount of moralising, praying, or legislating can force them to aspire to traditional marriage with someone of the opposite sex.

Most of the backlash towards gay marriage around the world has come from organised religion and from homophobic attitudes stemming from ignorance or misinformation.  The most vocal opponents of gay marriages are the leaders of the two biggest faiths, Christianity and Islam, whose adherents number 2 billion and 1.5 billion respectively.  The official interpretations of these two religions explicitly condemn homosexuality.  Some Muslim countries such as Iran and Saudi Arabia go to the extreme of prescribing the death penalty for homosexual acts while Christian majority countries such as Uganda have mooted legislation to do the same.

Fortunately for Nepal, and the 1 billion global adherents of Hinduism, the world’s third largest religion is not opposed to homosexuality.  As over 80 percent of our population is Hindu, this is good news for the LGBT community.  In an August 2012 interview with the Asia Times, Nepali gay rights movement pioneer Sunil Babu Pant attributed this positive trend to our religious institutions that have stayed focused on religion rather than venturing into the politics of gay baiting.  Pant further states that even other religions are not opposed to the human rights of gay people.  Rather, it is some leaders of these religions who have twisted it to create hatred towards gay people.

Gay marriage confers significant benefits on LGBT individuals.  It would recognise the fundamental right of human beings to lead their lives honestly and without shame. This is a right recognised by the Universal Declaration of Human Rights (UDHR) adopted by the United Nations in December 1948.  Article 7 of the UDHR states “All are equal before the law and are entitled without any discrimination to equal protection of the law. All are entitled to equal protection against any discrimination….”  This means every human being is entitled to equal legal rights and protection against discrimination. Any country, including Nepal, which fails to recognise gay marriage, is violating a basic and universally accepted principle of human rights.

The individual and public health benefits of gay marriage are substantial.  Studies have shown that married individuals are more likely to report higher satisfaction with their lives and fewer emotional problems. Denying the right to marry to loving same sex couples is thus cruel and inhumane. The emotional trauma for gay men and women forced into straight marriage can be devastating. Similarly, the straight spouse of a gay husband or wife will also be condemned to a life of emotional and sexual deprivation.  Gay individuals forced into straight marriage often meet their sexual needs outside of marriage. As such, they are at risk of acquiring HIV or other sexually transmitted infections and passing those on to their spouse.

Further, the social benefits of marriage are huge. Married people enjoy recognition from peers and relatives. Same sex couples denied these same recognitions face ostracism and emotional stress. As such, society as a whole suffers adverse public health consequences when it forces its members to live in the shadows.

The economic benefits conferred by marriage are also substantial. Straight married couples have inheritance rights and can pay lower taxes by filing jointly.  It is unfair to deny these same benefits to same sex couples who wish to get married.

Gay men and women are everywhere.  They are our parents, siblings, children, and friends. To deny their existence is to willfully blind ourselves to reality. A vast majority of sexual and gender minority individuals live a double life—maintaining the façade of straight marriage while sleeping around outside marriage. That dishonesty causes harm to both the individual and to her/his partner.  Legalising gay marriage will allow the next generation of our gay fellow citizens to grow up feeling like valued members of society rather than as outcasts.  We as a country need to embrace and celebrate our beautiful diversity rather than attempt to deny or dismiss it.

Proponents of gay marriage are not asking for special rights. All they are demanding is equal rights.

Since 2006, many previously marginalised communities and minorities such as women, indigenous people, and religious minorities have acquired equal rights and benefited from affirmative action. But sexual and gender minorities are still openly stigmatised and discriminated against. Securing their rights is the last frontier for the human rights movement in Nepal.

Thapa has a master’s degree in law and diplomacy from The Fletcher School of Law and Diplomacy at Tufts University in Boston, US